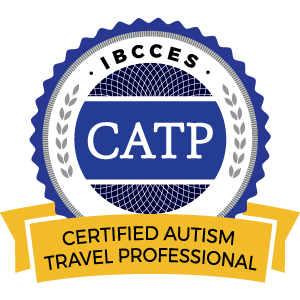 Hi, my name is JM. I am a NY native whom has always been a kid at heart. I have been a Disney fanatic for as long as I can remember and a huge fan of Goofy. My family and I love to travel all over but Walt Disney World is our happy place. All the stresses of life melt away for us when we pass through the gates at the Magic Kingdom and walk down Main Street. It is my chance to be a kid again.

My wife and I were "that couple" who made any excuse to do child-like activities and so we went to Disney many times before we had kids. In fact, we both were members of the Disney College Program and had a chance to be part of the magic. I even run a Disney blog called The Disneypedia, providing travel tips and information about all things Disney. We had so much fun ourselves that when we had kids, we wanted to share our favorite place with them. I can tell you, hands down that it’s even better to see the wonder it through their eyes.

Our daughter has practically grown up with Disney World and our newborn son will soon follow in her footsteps. She is just about three years old and has been to Epcot's Food and Wine Festival, the Flower and Garden Festival, and Mickey's Not So Scary Halloween Party! In addition, she has met La Befana in Italy, learned about Christmas in Germany, and got to see the Osborne Spectacle of Lights during its last run. She has had countless character experiences including dining with princesses at Cinderella’s Royal Table and loves taking in a pirate voyage to see the fireworks at Magic Kingdom.

Our family has also traveled to other Disney destinations such as Disneyland California and Disney Cruises. For example, we have been on a 14-day cruise through the Panama Canal and had Mulan join our trivia team while sailing aboard the Disney Wonder. Disney is a big part of our lives and these are all memories that we will cherish forever.